Black Friday Deals – Is It Worth It?

Black Friday deals seem like they begin earlier every year. Most of the bigger retailers don’t even wait until Friday to roll out the specials on big-ticket or most wanted items. 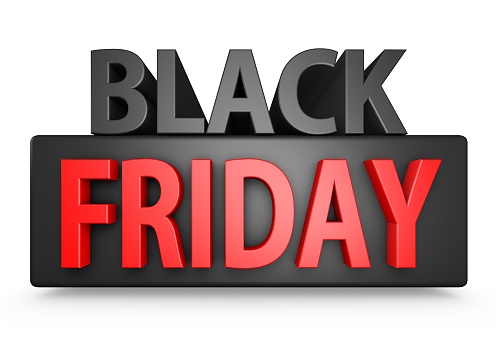 As your trusted IT company, we’re here to offer you some insight into this year’s tech deals. Whether it’s about a new 4K TV or how to get that great new gaming system running, we will do our best to help make your Black Friday tech shopping a bit less stressful.

But is it worth your time and aggravation to wait in line half the day or more on Thanksgiving, or should you stay home and overeat on turkey and stuffing? After all, the same retailers will have the same items available (mostly) on their website for the same prices and quantities, but with less physical violence over a toaster oven.

The Black Friday “deals” begin at 5:00PM on Thanksgiving Day. Will you be cutting dinner short to stand in a line for the must-have tech, or will you stay in and watch from the comfort of your couch? We’ve covered three of the bigger retailers and what they are offering in their ads; Wal-Mart, Target, and Best Buy. Each has their own items that are discounted more than the other two or have special bonuses for shopping at their store. But by and large, the tech offered at each is very similar to the others.

If you’re one of those who likes to pick through the discounted movies every year, you could probably skip the lines. There are always plenty of titles, and even coming back after 11:00PM you can find a decent selection without the crowds. No matter how much you think you need that $5 copy of Wonder Woman, it’s not worth the trouble.

A $79 Nintendo 2DS with included Legend of Zelda game is a great price and worth nabbing, as is the Nintendo Switch and the $199 PS4. These three items are highly sought after and will likely be among the first to go Thursday night.

Items like the 4K TVs and the Xbox One S are good deals, and likely to sell out fast. All three retailers have some good deals on a 4K TV. The 55” 4K TV from Samsung for $298 at Wal-Mart is one of the nicer deals. There’s also the Sharp 50” 4K with built-in Roku at Best Buy for $180. Target is leading their TV push with the Samsung 58” 4K for just $650. With 4K being the ‘It” thing this year, new gaming systems and 4K TVs are on just about everybody’s list.

Overall, the small deals and low quantities make showing up at the store a lesson in futility. Especially when the same deals are available on the retailer’s website. Sure, some people like the thrill of trying to beat the crowds to get $50 off a tablet or $100 off a TV, but you’re more likely to get an elbow to the nose than the item you were there for. Instead, you can shop Black Friday deals from the dinner table as you pass the stuffing.

✅ Boston HelpDesk - Managed IT Services Boston would like to wish you and yours a Happy Thanksgiving. Enjoy family and friends and good food, then come back Friday for our tips on Cyber Monday.